The Korean entertainment industry only focuses on the quality of content and popularity but does not care about who its customers are. 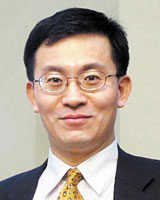 (by Young-Gul Kim, Professor of KAIST Graduate School of Information and Media Management)

The Korean entertainment industry only focuses on the quality of contents and popularity but does not care about who its customers are.

The entertainment industry is a high risk, high return business. It is similar to a baseball player with one hundred strikeouts and just ten home runs.

The Japanese idol group, AKB48, is a great example. AKB48 has evolved from a one-way and temporary business model into a two-way and relationship-based business model. Before AKB48, the main entertainment business model was to create compelling content and “throw” it to consumers. The business model of AKB48, however, focuses on communication and cooperation with consumers.

The fundamental problem of the Korean entertainment industry is a lack of concern about who consumers are and how to maintain and strengthen consumer loyalty – it only focuses on the quality of content and popularity.

Another serious problem is a lack of movie screens for small-scale independent or art films because blockbuster movies monopolize most movie screens. For that reason, a director Kim Ki-duk who won awards in the world’s three film festivals declared that he would not screen his movies in Korean theaters.

Using Director Kim Ki-duk as an example, let’s use the consumer-loyalty business model of AKB48 where consumers spend several million yen on Japanese idol CD albums. If Director Kim Ki-duk collects the production cost of his new movie through crowd funding (crowd-sourced online fundraising) and invites a crowd of people to see the premiere, I would be willing to invest one million won in the movie. If there are at least 1000 fans of his movies like me, he can collect one billion won to cover the cost of production in three or four weeks.

Also if he releases his movie through IPTV, digital cable, NAVER, and mobile VOD channels, and if one hundred thousand hard-core fans recommend the movie to their friends, then would he be able to gather one million viewers? (I would strongly recommend his movie to my 3000 Twitter followers and 500 Facebook friends.)

The point is that Director Kim Ki-duk does not know the big fans of his movies like me – I have watched fifteen movies out of his eighteen movies. The information on one hundred thousand hard-core fans should be stored somewhere in a big database of multiplexes. This is why communication and cooperation between all the members of the entertainment industry are necessary for sustainable growth.