[DBR] ”The Role of a CEO Is To Promote New Ideas and Encourage Innovation.”

Carlock, a professor of INSEAD MBA

“Family-run businesses are beneficial in the long-term view, and we should take an objective approach to solving their problems.” 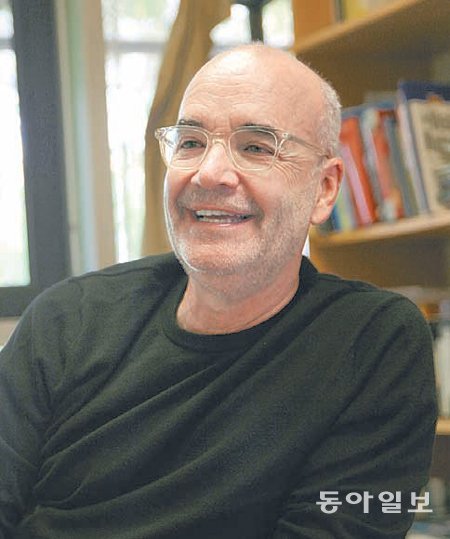 (Photo) Randel S Carlock, a professor of France INSEAD, is giving lectures in Asia, Europe, and the Middle East. He stressed that a leader who encourages entrepreneurship can make innovations.

We are living in an era when the role of the CEO is very important for facilitating innovation. Randel S Carlock, a professor of France INSEAD, described entrepreneurial leadership.

― What are the characteristics of entrepreneurial leaders?

“Entrepreneurial leaders make innovation as part of their strategies. That means that they cause all of the employees to think innovatively. A leader should lead the process. The role of a leader is to promote new ideas and encourage innovation.

― Are there some instructive examples?

“3M is a good example because 3M has creative DNA. This year marks the 111st anniversary since 3M was established in 1902. 3M breaks the stereotype that old companies cannot be creative. Although 3M’s portfolio is wide enough to cover from office supplies including Scotch tape to several industrial abrasives, 3M refutes a complacent attitude. Even now more than 30 per cent of 3M’s sales results from new products.

William McNight, a former president of 3M from 1949 to 1966, started and oversaw the creative culture of 3M. He made his own managerial rules when he was a president of 3M. The rule is called McNight Principles, and it is still working. Its main message is that new idea must never be killed, be generous when someone makes mistakes, and do not ask who has responsibility for the mistakes. If aCEO maintains the culture, then a company can keep making a variety of novel ideas.”

―What is the role of leaders to create an innovative culture?

“At the beginning when Post-its of 3M came into the market, it completely failed. The CEO invested his own money on Post-its and encouraged employees, although they gave up the product. The CEO could say ‘You failed. We have no money to invest, so I cannot support the project anymore.’ He, however, said ‘Here is my own money. Go and try more tests. This is leadership. Leaders are people who make people restart.”

―Do you have an advice for Korean companies?